You are here: Home / Sports / Walks, errors doom Royals in loss to Rays 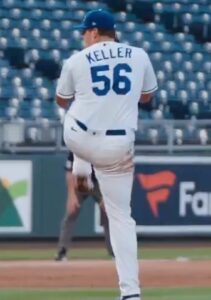 Brad Keller did not make it out of the second inning for the second time in four starts this season in the Royals’ 14-7 loss to the Rays in KC.

Keller was charged with five runs and retired only five of the 13 batters he faced.

Carlos Santana homered, doubled, and drove in three in defeat for his fourth straight multi-hit game.

Jakob Junis is on the mound tonight for the series finale against the Rays to wrap up the Royals’ 10-game homestand.

Junis is 1-and-0 and making his third start after beginning the season in the bullpen.

The Royals will try to avoid a three-game sweep as they have lost their first series of the season.