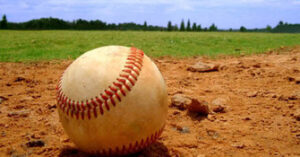 The St. Louis Cardinals dropped the opener of a three game series in Philadelphia 9-2 on Friday night.

The lone Cardinals runs came in the 8th inning, after St. Louis had been shut out in the series finale with Washington on Wednesday.

Justin Williams accounted for the lone tallies with a two run homer.

The Toronto Blue Jays and Kansas City Royals postponed Friday night’s game because of rain and will make it up Saturday as part of a day-night doubleheader before concluding their four-game series Sunday.