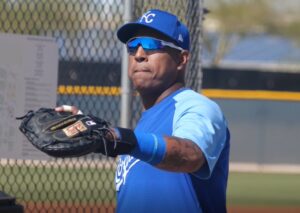 Each drove in two runs as the Royals took the rubber match of the three-game series.

Brad Keller took a shutout into the sixth before allowing a run en route to his first win of the season.

Griffin Canning allowed two runs in five frames to take the loss. Jared Walsh doubled in the lone run for Los Angeles, which has lost three-of-four.