Sifton unveiled his decision today in a launch video critical of both Missouri U.S. Senators.

“Our country is at a critical point in its history,” Sifton says in a press release. “We just saw what happens when our leaders don’t stand up for truth and when they don’t put the good of our country over their own political ambitions. Josh Hawley’s dangerous conspiracy theories and attempts to overturn the election helped lead to a deadly insurrection, and Roy Blunt—the ultimate insider—was once again too weak to speak out. I’m running for senate because Missouri deserves better. I’ve always been willing to take on the toughest fights to do right by Missouri families. We need a lot more of that in Washington.” 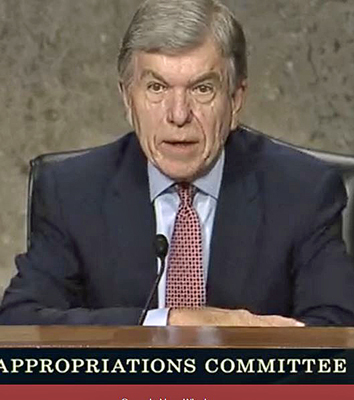 Sifton, a Democrat and attorney from St. Louis County, served in the state Senate for eight years and in the House for two years. Term limits prevented him from running again for the state Senate.

Blunt, who has not yet made a formal announcement about whether he will seek-re-election in 2022, has been serving in U.S. Congress since 1997. He is fourth on the U.S. Senate Republican leadership ladder and has chaired several U.S. Senate committees, including Rules and the Appropriations Subcommittee on Labor, Health and Human Services, and Education.

Previous Post: « Andy Reid says Thursday night wreck had no affect on performances in Super Bowl
Next Post: Mizzou back up to number 10 in both basketball polls »