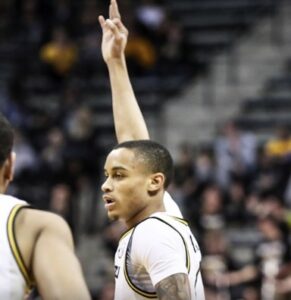 Mizzou Men’s Basketball fell, 73-53, to No. 7 Tennessee in its SEC-opener at Mizzou Arena on Wednesday night. The Tigers were handed their first loss of the season, snapping a 7-game win streak.

Tennessee was fueled by a hot shooting performance, finishing 53.8 percent from the floor and 71.4 percent from beyond the arc. The Volunteers were 5-of-7 from deep. Mizzou got down early, but clawed back to within 13 at halftime after trailing by 19. Tennessee responded though, starting the second half on a run and never looked back.

Mizzou was led by junior guard Xavier Pinson, who scored 11 points on the night, six of which came from the charity stripe. Senior forward Jeremiah Tilmon contributed nine points on 3-of-5 shooting.

Mizzou hits the road to battle Arkansas on Saturday, Jan. 2. Tipoff is set for 11 a.m. in Fayetteville, Ark.