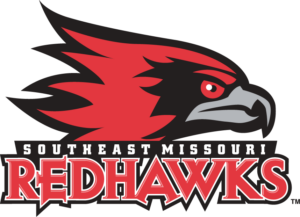 Southeast Missouri (2-6, 0-2) matched a season-low in points and had 19 turnovers in a 72-63 loss to Tennessee Tech (1-9, 1-2) Wednesday night at the Eblen Center.
SEMO, which suffered its fifth-straight loss, struggled from the start.

The Redhawks again fell behind early as TTU scored the first six points of the contest.

After Damaria Franklin’s layup gave the Golden Eagles a double-digit lead at 15-5, the Redhawks used a 9-0 run to pull within one. Nygal Russell got a steal and layup to make it a 15-14 game with 11:41 remaining in the first half.

TTU immediately answered with a 9-0 surge of its own to regain a double-digit advantage. The Redhawks were scoreless for nearly four-and-a-half minutes and went four-straight possessions without a shot while the Golden Eagles pulled ahead, 24-10.

The Golden Eagles, who missed 11 of their first 12 three-pointers, made their final three from long range to stretch their lead to 38-23 at the half.

No SEMO player scored more than three points in a first half flooded by 12 turnovers. The 23 points were the Redhawks fewest in a first half through eight games this season.

That, however, was as close as SEMO would get.

The Redhawks were within two possessions a total of six times in the final 4:39 of the game, but couldn’t catch the Golden Eagles.

Reed, Jr., who returned to the starting lineup, led the Redhawks with 14 points. Harris followed with 11, his seventh double-digit scoring performance in eight starts this year.

Jr. Clay finished with a game-high 22 points, including 11 at the free throw line, to lead TTU. Amadou Sylla chipped in 13 points as the Golden Eagles shot 48.1 percent (25-of-52) for the night.

SEMO rings in the New Year when it hosts Tennessee State Saturday. Tip is set for 5 p.m., CT at the Show Me Center.