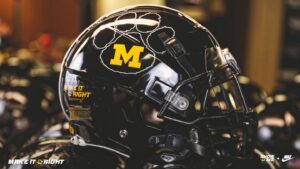 Less than a month after the University of Missouri’s Board of Curators approved Mizzou Athletics to conduct a study for construction of a new indoor football practice facility near Memorial Stadium, an anonymous donor has made a $10 million transformational contribution toward the new building, Director of Athletics Jim Sterk announced today. It marks the fifth, eight-figure gift in Mizzou Athletics history, and third the department has received in the last five years.

“The magnitude, impact and timing of this gift is significant as we attempt to advance the indoor football practice facility project as quickly as possible,” Sterk said. “As the SEC’s furthest-most Northern school, it is critical that our program have a full length indoor practice facility to utilize year-round, and this gift, coupled with the Board of Curators’ action earlier this month, gives this project great momentum.

“We are grateful for the generous support that this family continues to provide to Mizzou Athletics, and believe it demonstrates a strong commitment to Mizzou Football and Coach Drinkwitz’s leadership of our program. This is a project that has been a part of the athletics facilities master plan for several years, and it is something that is definitely needed.”

Mizzou Athletics is currently working with one of the world’s finest architects, St. Louis-based HOK, and its Kansas City, Mo.-based sports division, HOK-Sport, to develop pre-design programming and planning for a new indoor football practice facility, to replace the Devine Pavilion, which opened in 1998. While no site has been selected, the athletics department will provide the Board of Curators with a project scope, budget and fundraising plan no later than January 30, 2021, per the resolution passed on Dec. 6, 2020.

“Similar to the South End Zone Facility, this will be another project that will benefit other Mizzou teams when it is completed,” Sterk said. “By building a dedicated indoor facility for the football program, we will be able to turn the Devine Pavilion over to our softball, baseball and women’s soccer teams to utilize on a year-around basis.”

Mizzou is the SEC’s only football program without a 120-yard indoor football facility at its disposal, as the Devine Pavilion’s field is only 70 yards long, which makes it difficult from both a logistical and safety standpoint for the Tigers to practice indoors, according to Sterk.

“One of the things that I quickly identified as a need, not a want, was a full-length practice facility for Mizzou Football, and on behalf of everyone in our program, we are excited, humbled and blessed by this donation to the project,” said Mizzou Head Football Coach Eliah Drinkwitz. “This facility is critical to the year-round training and development of our student-athletes, and we believe it will help transform our football program for many years to come, just as the South End Zone Facility is already doing.”

Previous Post: « Far northwest and northern Missouri under winter storm warning until 6 am Wednesday (AUDIO)
Next Post: Long to file Corps bill again; three kayakers have died in same spot in southwest Missouri in past 17 months »