The state and nation’s first police academy at a Historically Black College or University (HBCU) was approved at Lincoln University in Jefferson City. Governor Mike Parson and DPS Director Sandy Karsten signed off on the program’s one-year probationary period at a special ceremony Tuesday.

Karsten, who has final approval of the academy at Lincoln, said. “Attracting minority recruits to law enforcement is one of the key issues faced by agencies across the nation.”

“The issue between law enforcement and minorities is not going to be fixed with a law, you’re not going to fix it with anything at the Capitol. It has the be the men and women of law enforcement make the choice to do so,” Wheeler said. “The best way to change anything is from within, so the more diverse we can get, the better off we are.”

Lincoln Criminal Justice Professor Joe Steenbergen said students are willing to enter law enforcement and there are jobs waiting for them.

“Recruiters come and talk to the kids, from Des Moines, Houston (TX), and Topeka and we do internships with these guys,” Steenburgin told Missourinet. “Every department needs these so if we can give them candidates, these kids can go anywhere in the country and work. The salaries are great. I’m shocked at how much law enforcement will pay these days.” 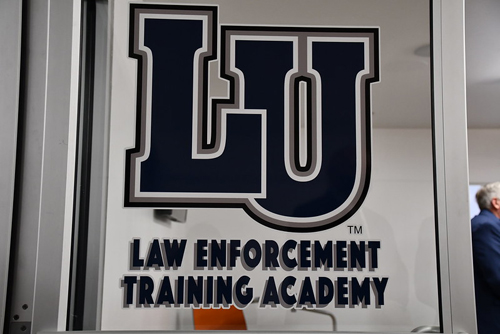 But he adds, “It’s not a quick fix. It’s so hard to recruit minority students nowadays, minority people who want to be in law enforcement. There’s a million reasons why, but if we can recruit one student out of every high school…we’ll get you through this academy and it’s up to you how you change this environment.”

According to DPS, the initial training license is always probationary and for one year. During the first year, the POST Program will audit the training center to make sure that standards are being met. If DPS Director Karsten approves the audit, the license becomes a standard 3-year license.

The POST Commission also voted Tuesday to require that Missouri law enforcement academies begin educating all law enforcement recruits in the history of policing in minority communities in the U.S. The two-hour block of instruction would cover policing from the founding of the nation through the present. The measure was unanimously approved.

Previous Post: « Coach Mox…this is YOUR STATE! Mike Leach calls 2020 football “most joyless season on earth” (PODCAST)
Next Post: Veterans Commission says homes need transformation: “We have to assume we’ll be hit like this again »