Four astronauts on the space shuttle dubbed “Resilience” are headed to the International Space Station, including southern Missouri native Mike Hopkins. Hopkins, of Richland, is commanding the crew on the first operational space flight of a U.S. commercial spacecraft with astronauts aboard. 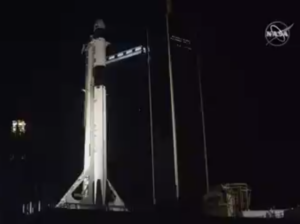 According to NASA, the crew is making history on many other fronts. Shannon Walker becomes the first woman to be on a commercial orbital space flight.

Victor Glover is first African American astronaut to fly on a commercial spacecraft and the first Black crew member to live aboard the International Space Station for an extended period of time. The four-person crew has been assigned to spend about the next six months there. 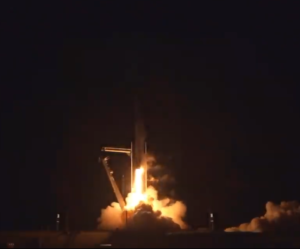 Hopkins is the first flight test engineer to command a U.S. commercial rocket.

Hopkins has been training for this mission for more than two years. Before liftoff, he had a heartfelt departing message.

“To all the people at NASA and SpaceX, by working together through these difficult times, you’ve inspired the nation, the world, and the name of this incredible vehicle, Resilience. And now it’s time for us to do our part – Crew-1 for all,” said Hopkins.

Among the virtual audience wishing Hopkins and company safe travels today included aerospace engineers from his alma mater – the University of Illinois.

Rob Blevins with the Springfield Discovery Center, an interactive science museum in southwest Missouri, thanked the crew for inspiring the next generation of scientists and astronauts.

Missouri has played a key role since America restarted its space shuttle program this year. Hopkins and St. Louis County native Bob Behnken have both led historic journeys to space in 2020.

Behnken and fellow spaceman Doug Hurley launched to space on the first manned commercial crew in U.S. history and first space launch from American soil in nearly a decade. Behnken and Hurley joined today’s broadcast of the launch. Behnken said the best part of the mission was splash down and climbing out of the space vehicle to successfully complete their mission.

Crew Resilience is traveling in the same shuttle as Behnken blasted off to space in. The plan is for Hopkins and crew to return home the same way as Behnken and Hurley by plunging into American waters.

Resilience is expected to dock at the International Space Station around 10 p.m. CST on Monday.