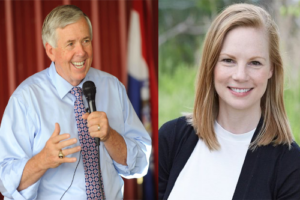 About 57% of Missouri voters endorsed Parson while about 41% favored Galloway.

Galloway thanked her supporters at a gathering in Columbia. She currently serves as Missouri’s State Auditor.

“You can bet I’ll keep demanding accountability and transparency from politicians in Jefferson City for years to come. I’m not going anywhere Missouri. Thank you and good night,” she says.

Parson took over as governor in 2018 after former Governor Eric Greitens, a fellow Republican, resigned from office due to a growing list of allegations.