A COVID-19 vaccine could be approved soon, says Missouri’s senior U.S. Senator Roy Blunt, who has been involved in fast-tracking the process.

“There are about four that are looking good right now and others being developed. Washington University is looking a 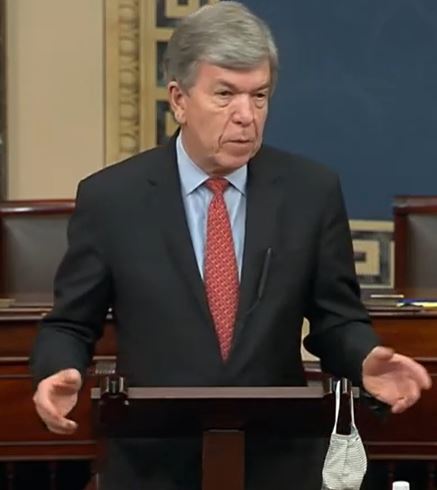 t a vaccine and talking to some partners. It would actually be a nasal spray vaccine similar to the nasal flu shot except in this case putting that vaccine in the part of the body where you’re going to likely absorb the virus,” Blunt told Missourinet.

Blunt says Americans may not have a choice about which vaccine they are offered, but front-line workers and nursing home patients, and the most vulnerable are slated to get it first.

“I’m not sure that every vaccine will be free, it may be true for our state …but everyone who needs a vaccine will get one and people who don’t have coverage will be able to get one for free,” Blunt said.

The vaccines are not actually free as the federal government is buying the vaccines at a low individual rate from the companies it has already partnered with in early research or is contracting with once a drug is approved.

The question now is whether the federal government has the infrastructure and funding it needs to distribute the vaccines.

Blunt, who oversees how HHS gets or allocates vaccine distribution funding, says that $6 billion is “the right number” for national distribution of the drugs and is the figure he’s included in several Senate relief bills so far. He blames Congress for not coming up with the money as vaccine approval nears.

Missourinet asked state health director Randall Williams what it needs to do to pay for distribution across Missouri. He cited federal Health and Human Services Director Alex Azar that it would not cost that much.

Blunt disagrees: “The secretary of Health and Human Services seems to have some sense that there is already enough money out there. That’s not what anybody else has thought. Certainly, if there is no money appropriated to do this, we’re going to find the money and whether that’s money the states already have or money the Department of HHS will have to reposition with the approval of me and other appropriators.”

Blunt says money may be taken away from other federal programs to fund this massive effort.

Excerpt of interview with Sen. Blunt and Ashley Byrd