(NASCAR)—Chase Elliott, needing to win to make it into the final four for NASCAR’s championship race next weekend in Phoenix, seized the lead after the last round of pit stops and raced to a six-second victory. 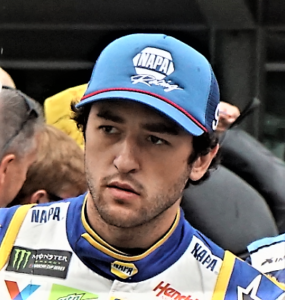 Elliott went into the race well below the points cutline and could only advance with a win. Martin Truex, Jr., in the same position, was leading with 50 laps left when a wheel not fully tightened in the last pit stop forced him to pit again and killed his chances of victory. He finished 22nd. 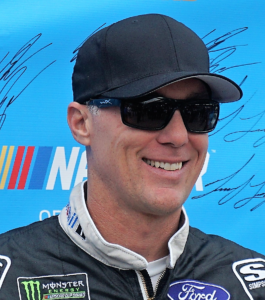 Regular season points champion Kevin Harvick went two laps down early in the race when a brush with competitor Matt Kenseth left him with a flat tire.  He finally got back on the lead lap with 100 laps left in the 500-lap race. His last desperate effort to gain a standings point that might have put him into the finals led to spinning both himself and teammate Kyle Busch with Busch spinning across the finish line while Harvick wound up 17th.

Elliott was chased across the finish line by Ryan Blaney, Logano, Keselowski, and Kurt Busch. Clint Bowyer, running his next-to-last race before retiring to the broadcast booth, ran consistently all day and finished 8th.

(FORMULA 1)—Every time Lewis Hamilton wins a Grand Prix he sets another record. At Imola, he set one and tied one. Hamilton beat teammate Valtteri Bottas, who started from pole, by almost six seconds to extend his record for most F1 wins to 93. The victory also was his 72nd for Mercedes, tying Michael Schumacher for most wins for one manufacturer.  Schumacher drove for Ferrari.  The win at Imola marked the 29th track at which Hamilton has won a Formula 1 race, another record.

(INDYCAR)—Another Formula 1 driver is looking to jump to INDYCAR.  In Romain Grosjean’s case, it’s more like he was pushed into looking.  Grosjean has been the longest-serving driver for Gene Haas’s American Formula 1 effort but will not be with the team next year.  He tells RACER magazine

There are some open seats with three teams, perhaps with a fourth, and a part-time gig possible with a fifth team.  All, however, will require a driver to bring some sponsorship with him.

Indycar’s next race is scheduled to be March 7 in St. Petersburg, Florida, the place where the 2020 season was supposed to start but where it ended instead because of the pandemic.

Previous Post: « Missouri’s Parson and Galloway to focus on their base in final day of gubernatorial campaign
Next Post: Boonville hospital closing and Medicaid expansion emerge as issues in key Missouri Senate race (AUDIO) »