You are here: Home / Elections / Missouri political scientist: ‘October surprise’ this election cycle is that there hasn’t been one

The U.S. presidential race has in recent times come with an October surprise – an alleged scandal involving at least one of the major candidates that could shift the outcome of the election. With one day left to go in the month, Columbia College Political Scientist Terry Smith tells Missourinet that has not happened this election cycle. Just add it to the list of unusual events in 2020. 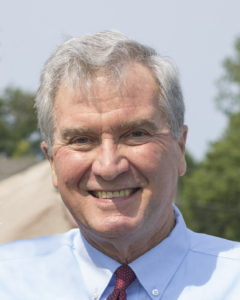 “This is what’s really interesting to me, because of all the people who you would think would be capable of springing an October surprise, Donald Trump would be at the top of that list,” says Smith.

Smith explains what he says Trump has “tried and failed” to do.

“One was an announcement of a COVID-19 vaccine by Election Day. That didn’t happen – ain’t going to happen. A second stimulus package – he (Trump) personally wrecked that. Well, Senate Republicans also said ‘We’re not going to do it.’ The attempt at the Biden family scandal – that just has basically gone away as well,” says Smith.

“I don’t know in the next five days what is possible in terms of an October surprise. The big surprise to me is really there wasn’t one,” Smith laughs.

The October surprise dates back to the 1980 election when Republican Ronald Reagan faced President Jimmy Carter. The Iran hostage crisis had been going on that year involving Iranian students storming the US Embassy in Tehran and taking a group of Americans hostage. Reagan’s campaign thought that Carter would announce a breakthrough in negotiations right before Election Day. Reagan went on to win the election.

In 2000, George W. Bush became president, despite taking a hit a few days before the election about a report of a drunk driving arrest in the 1970s.

In 2016, the Washington Post published a 2005 video of Trump discussing grabbing women by their genitals. The FBI also announced that month it had reopened an investigation into Democratic nominee Hillary Clinton’s staff and their use of a private email server to send classified information.