For the past 100 years, the state’s Vocational Rehabilitation Program has been helping Missourians with disabilities develop work skills. It began after World War I to aid injured soldiers in gaining employment. The program is part of the Missouri Department of Elementary and Secondary Education. 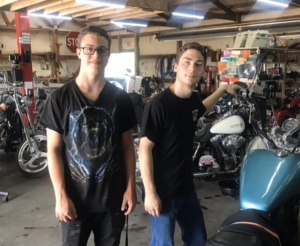 During a Missouri Board of Education meeting, Assistant Commissioner Tim Gaines said one of its programs, the Summer Work Experience Program, has served a record of nearly 800 students this year.

It helps high schoolers with disabilities build job skills and prioritizes students who have never worked before. They work for six weeks during the summer while getting paid minimum wage for their efforts.

“This was the best year we’ve ever had,” he said. “We had 209 high schools that participated in the Summer Work Program, which is excellent. We had 235 employment sites and these were good jobs. These were reputable businesses.”

A wide variety of employment sites have participated, such as grocery stores, retail businesses and parks.

“You would have thought that we would have canceled this program due to COVID-19,” he said. “We thought about it. We met about it, but we heard over and over from students, parents, teachers and others that ‘This is an important program. We don’t want you to cancel it.’ So, we didn’t.” 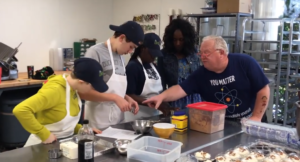 The program has been around since 2015 and has gained strong popularity throughout its existence. In its first year, 115 students were served – a far cry from today’s 794.

Gaines said he has a whole folder of stories about the program changing the lives of some high schoolers, including one about a mom who has seen tremendous growth in her son.

“Mom said that before her son’s summer work experience at McAlister’s Deli, her son’s anxiety was so incapacitating that he would never go out into public,” said Gaines. “And by the end of the work program, he was going out into the community to shop with his friends that he made from work.”

After his summer work wrapped up, McAlister’s Deli offered her son a part-time job.

Gaines says this year, about 69 of the kids were offered jobs. He emphasizes the program is about gaining work experience for these students who are still in school.