Growing up in a crime-ridden St. Louis neighborhood, Darrion Cockrell learned too much, too soon about violence, drugs, gangs and tragedy. His mother was a drug addict. His father was one of the biggest drug dealers in St. Louis.

After losing his father when he was four years old, he and his five siblings entered the foster care system. His grandmother eventually gained custody of them. Two of his siblings ended up living with other family members.

Cockrell  was on track to live the gang life and deal drugs. School was not a priority for Cockrell, but he says PE is the class that motivated him to go to school.

“Knowing that I had PE and I was going to see my favorite teachers, who were my PE teachers, it got me in the door, which opened me up to other stuff that was important for me as far as education. PE was my safe spot – it was my happy place,” he says.

Then, his middle school guidance counselor came along. He confided in Maureen Huneke about what was going on in his life. Unbeknownst to him, Huneke shared information with Cockrell’s social worker.

The next thing Cockrell remembers is his social worker showing up at school with a bag of his clothes and whisking him off to a home for troubled boys. His brother was sent to a youth boot camp of sorts after getting kicked out of school and selling drugs.

“My counselor, knowing my situation and knowing that I had a chance to actually maybe do something in life, she, our principal and some other teachers went to court for me to retain guardianship of me. So, my counselor became my legal guardian,” says Cockrell. 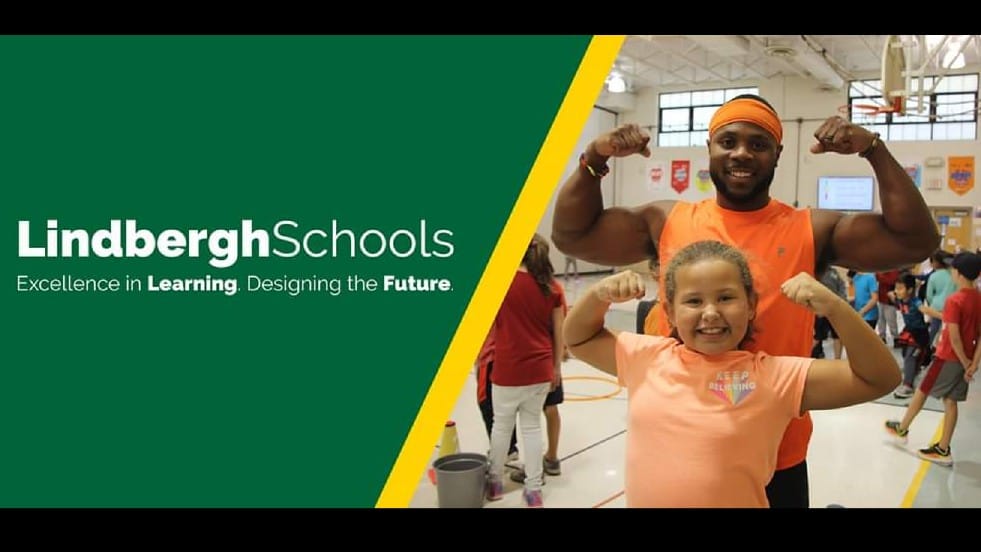 He stayed in the boys’ home up the block from his middle school. While Cockrell was there, he started playing middle school football. He became close to his coach, Dennis Kaeser. Coach eventually became “Dad.”

Kaeser and his wife, Sherry, adopted Cockrell. They made education a priority in their son’s life.

“I feel like when I lived in the city, we lived every day for the day. But with my new family, they taught me how to prepare for my future. When you lived in the city, a lot of people didn’t prepare for the future because life was so short – people were being murdered left and right, people were so addicted on drugs that they were only thinking about ‘How can I get this next high? How can I steal money or do this or do that?’ I didn’t really see education as a way out,” says Cockrell.

The Kaesers adopted Cockrell when he was fourteen years old. He says they changed his life in every way possible. He played sports in high school – football, track and basketball. Then he went to Milliken University in Illinois and played two years of college football. Cockrell finished college at the University of Missouri-St. Louis.

After college, he started as a paraprofessional and has been working his way up from there. He has taught PE at Crestwood Elementary School in St. Louis County for the past six years. Cockrell, who is known as “Mr. DC”, says being a PE teacher is the only thing he has ever done in life that has come easy for him.

He has developed a culture of fitness, health and fun within the Crestwood community through his “CrestFit” program.

He took a popular song – Watch Me (Whip, Nae Nae) – and choreographed a hip dance routine that incorporates exercises.

“At the very end of it, we did a huge video inside of the gym with all the different classes and sometimes even with the entire school in the gym,” he says. “It just kind of blew up – the kids loved it, the parents loved it.”

Cockrell started inviting teachers and parents to workout sessions after school and some weekends. He also drew the dad crowd in by offering open gym and playing basketball.

The culture he has created has landed him the prestigious Missouri Teacher of the Year award.

“I don’t know what’s going on but I’m going to ride this train until the wheels fall off,” Cockrell chuckled.

He hopes his classes are a safe and happy place for students, just like PE was for him.

“I wanted to make sure that I provided that for other students who were probably going through the same things that I was going through in elementary school or school period,” says Cockrell. “Unfortunately not everyone loves school, but if you can just find that one thing that you can connect with in school, it can open you up to other things that are there for you as resources.”

Cockrell, 34, says he will use the platform to work for change, especially for the neighborhood he came from.

“I know how huge this is. I know how significant winning Missouri’s State Teacher of the Year is. But for me, I still fight daily with why me? I still have family who live in the city that don’t get to experience a lot of the stuff that I’ve been able to experience through education and just through life period. I still know my family is in the same place they were when I left them 15 years ago.”

Cockrell will serve as Missouri’s representative in the National Teacher of the Year program. He will be honored during a virtual recognition event today.

Listen to the full interview with Darrion Cockrell: