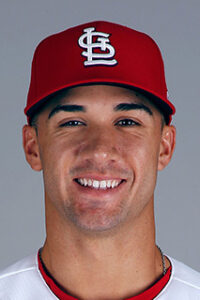 Eric Hosmer doubled in a run and walked with the bases loaded as the Padres beat the Cardinals 4-0 in San Diego in the third and deciding game in National League Wild Card Series.

Austin Adams struck out the only batter he faced to end the fifth with two runners on base and picked up the win. The Friars will take on the Dodgers in the National League Division Series.

Jack Flaherty gave up one run on six hits while striking out eight, but was saddled with the loss for the Redbirds.

Yadier Molina doubled for the only Cards’ extra-base hit.