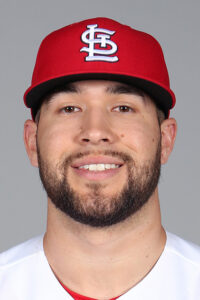 The St. Louis Cardinals picked up a doubleheader sweep of the Pittsburgh Pirates winning game one 6-5 before taking the nitecap 7-2.

The Cardinals took the opener behind home runs from Kolten Wong and Tyler O’Neill and just enough pitching to overcome four errors.

St. Louis, playing its third doubleheader in five days, moved to .500 (24-24) with the sweep to remain in the mix for a playoff spot.

Andrew Miller (1-1) struck out the side in the top of the sixth to earn the win.

All six runs in the inning were unearned as the Pirates lost for the 10th time in 11 games.