(NASCAR)—Brad Keselowski led almost half of the 400 laps at Richmond Raceway Saturday night to lock in the second slot in the next round of the NASCAR playoffs. Penske teammate Joey Logano finished two seconds back in second, giving Penske Racing its second 1-2 finish of the day (see below). Austin Dillon, Chase Elliott, and Kyle Busch made up the rest of the top five. Kevin Harvick who won last week and guaranteed his position among the 12 drivers continuing into the next round of playoffs, was sixth. 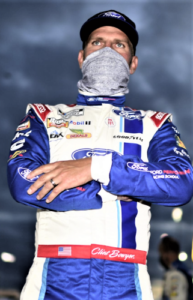 Clint Bowyer ran a solid race all night and finished tenth.  He has the twelfth and last playoff spot, for now, three points above the cutoff line.  Four drivers will be eliminated from the playoffs after next Saturday night’s race at Bristol.  This is Bowyer’s third straight year in the playoffs.  He failed to advance to the round of 12 last year.  He finished ninth and 12th in 2018 and 2017.

(INDYCAR)—Will Power finally got a win at the Mid –Ohio Sports Car Course, a dominating run from his sixtieth start on pole in the first half of an INDYCAR doubleheader.  The second race will be run on the same course tomorrow. 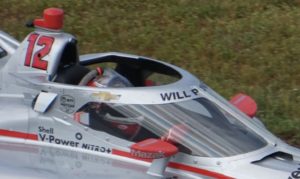 Power’s pole leaves him only seven short of the INDYCAR record held by Mario Andretti. The win is his first of the year.  “This is probably the first race in ten years that I’ve just gone hard the whole time,” he said afterward. “So many other races, we try and save fuel and play the strategy game and a lot of times it just doesn’t work out. Today we said, ‘Let’s just go hard and use my race pace and see what happens.”

Penske teammate Josef Newgarden’s second-place, coupled with his win at Gateway two weeks ago has let him take a big bite out of Scott Dixon’s points lead.  Dixon still leads by 76 points, however, with four races left on the schedule, including Sunday’s race.  Dixon qualified uncharacteristically near the back of the field, starting 17th. He salvaged tenth.