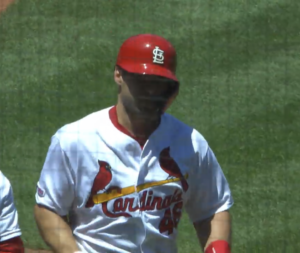 The Cardinals jumped on Jon Lester early as they dropped the Cubs 7-3 at Wrigley Field.

Paul Goldschmidt launched a three-run homer in the third inning and Rangel Ravelo capped the frame with an RBI double.

Tommy Edman went deep in the first and Dakota Hudson worked five innings for the win.

The Cards have won three-of-four against the Cubs, with the series finale today.

Anthony Rizzo and Jason Kipnis homered for Chicago, which has lost four-of-five.