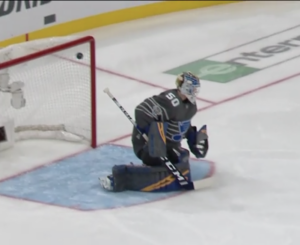 Tyler Motte scored twice as the Canucks beat the Blues 6-2 inside the NHL Bubble in Edmonton. With the win, Vancouver eliminated St. Louis from the playoffs four-games-to-two.

Jay Beagle, Antoine Roussel, Troy Stretcher and Brock Boeser each scored in the first two periods to give the Canucks an early 4-0 lead.

Jacob Markstrom made 34 saves in the win.

Jaden Schwartz scored both goals for the Blues, whose Stanley Cup title defense comes to an end.

Jordan Binnington made 14 saves while Jared Allen made five in the loss.