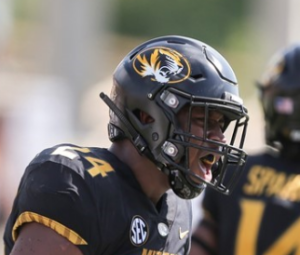 The Southeastern Conference on Friday announced the two additional non-divisional opponents each school will play as part of the SEC’s conference-only football schedule in 2020.

The identification of each school’s two additional non-divisional opponents follows last week’s announcement of a 10-game season beginning September 26. The SEC plans to publicly announce the dates for all games within the next two weeks as it continues to monitor developments around COVID-19.

“We made every effort to create a schedule that is as competitive as possible and builds on the existing eight Conference games that had already been scheduled for 2020,” said SEC Commissioner Greg Sankey. “This schedule is a one-year anomaly that we have developed under unique circumstances presented by the impact of COVID-19.”

ALABAMA
Previously scheduled: vs. Georgia, at Tennessee
Added opponents: vs. Kentucky, at Missouri

ARKANSAS
Previously scheduled: vs. Tennessee, at Missouri
Added opponents: vs. Georgia, at Florida