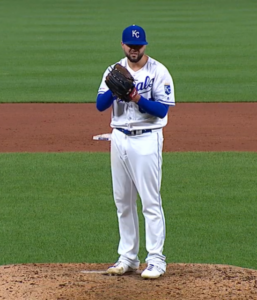 Nick Heath and Nicky Lopez also drove in runs for the Royals, who have won two straight after a six-game slide.

Royals pitching held the Twins to just two solo homeruns. Jakob Junis served up homers to Byron Buxton and Marwin Gonzalez before leaving with two outs in the fifth inning, and Greg Holland with the win led four relievers in holding down the Twins the rest of the way. Trevor Rosenthal retired the final three batters in order for his second save.