President Donald Trump has signed into law today a landmark bill designed to give the national park system billions of dollars over five years to reduce a maintenance backlog. It provides $900 million annually in oil and gas revenues for the Land and Water Conservation Fund, which protects historical and environmentally-significant sites. The measure will help the National Park Service, the Forest Service, the U.S. Fish and Wildlife Service, among others. 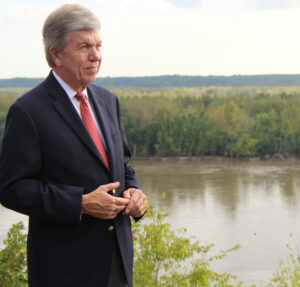 The bipartisan plan is also reportedly expected to create an additional 100,000 direct and indirect jobs.

It has been heralded as the most significant conservation bill in a generation. U.S. Senator Roy Blunt, R-Missouri, says the legislation, dubbed the Great American Outdoors Act, will help to make the second century of the park system different from the first century.

“The park system, as we now know it, is a little more than a hundred years old. Some of these maintenance issues are decades old, maybe 50 years old, maybe half of the life of the entire park service,” Blunt says on the U.S. Senate floor.

Blunt, who co-sponsored the plan, says the funding will help to bolster Missouri’s outdoor recreation industry.

“The Outdoor Recreation Industry Association says that we generate about almost $15 billion in our state in consumer spending, about 133,000 jobs are created in Missouri because of outdoor recreation,” says Blunt. “This is obviously not a normal year. So, anything we can do to encourage people to use these facilities in a better way is important.”

In celebration of the legislation becoming law, U.S. Interior Secretary David Bernhardt announced that tomorrow will be a fee free day at national parks and other public lands. Beginning next year, fee free day will be August. 4.