(NASCAR—For drivers such as Clint Bowyer, another mediocre day could have been worse—but Brad Keselowski’s win at Loudon, New Hampshire was a good thing.

Keselowski won his third race of the year, maintaining the list of winning drivers in 2020 at ten, and leaving six spots open for the championship playoffs for non-winners, of which Bowyer is one.

Keselowski led the last 81 laps and kept Denny Hamilton from picking up his sixth win of the year.  Martin Truex Jr., fought back from a pit road penalty to finish third. Joey Logano and Kevin Harvick rounded out the top five, all of whom have at least one victory this year. 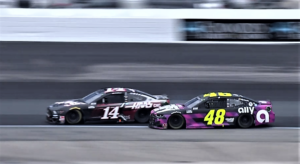 Bowyer ran in the top ten in the first two stages of the race despite an early bump from Jimmie Johnson that saw Johnson spin and was as high as third before dropping back to 18th at the end. However, he remains fourth in the standings among winless drivers and is 43 points ahead of the first driver outside the top 16, Tyler Reddick.  Six races remain before the playoff field is set.

(FORMULA 1)—How good is Lewis Hamilton?  He won the British Grand Prix by almost six seconds. 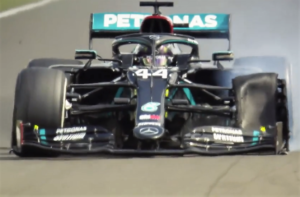 Hamilton developed a flat tire on the final lap in a race that saw several tire failures. He wrestled the car around the Silverstone Circuit, sparks flying from beneath as the bottom of his car scraped along the pavement.  He says it was the most dramatic ending to a race in his career. 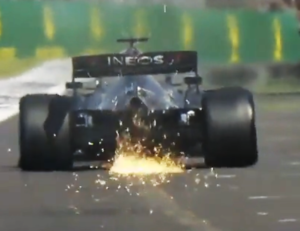 One of the other victims of tire failures was Hamilton’s teammate Valterri Bottas, who was running second with two laps left when he lost a tire. Bottas finished out of the points, in 11th.

Max Verstappen and Charles LeClerc picked up the other podium positions.

(INDYCAR)—The coronavirus has scrambled the INDYCAR schedule again. Next weekend’s planned doubleheader at Mid-Ohio has been postponed. Promoters hope to run the races in September or October.

INDYCAR had turned the Mid-Ohio event into a doubleheader to make up for COVID-caused cancellations of races in Portland, Oregon and Monterey, California. Promoters hope that September or October dates will be at times when the state allows fans to attend the races.

Previous Post: « Reps. Rehder and Swan hope to replace term-limited state senator in southeast Missouri (AUDIO)
Next Post: Sen. Blunt is optimistic a compromise can be reached this week on stimulus package »