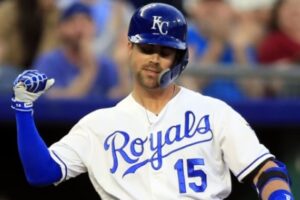 Trevor Rosenthal picked up first save since August 12, 2017 as the Royals beat the Tigers 5-3 to split a four-game series in Detroit.

Whit Merrifield would score off a Salvador Perez grounder in the seventh to break a 2-2 tie. Bubba Starling’s two-run double in the eighth proved to be decisive.

Greg Holland pitched a scoreless inning and struck out two to claim the win.