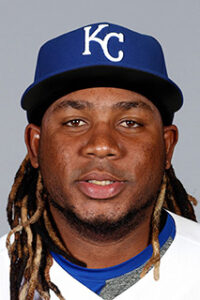 Maikel Franco clubbed two home runs and drove in four as the Royals ripped the Tigers 14-6 in Detroit.

Kansas City had to battle back after falling behind 5-1 after two innings.  The Royals would respond with 3 in the third, six in the fourth, and two in the fifth.

Rookie left-hander Foster Griffin picked up his first big league win in relief, but left with a forearm injury The two teams will meet again today.