The Missouri Veterans Commission has a new executive director. Commissioners have unanimously selected Paul Kirchhoff to replace Grace Link, who retired in May. 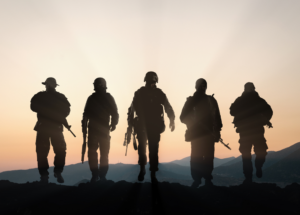 Kirchhoff, originally from mid Missouri’s California, worked as special assistant to Link prior to his selection. He is also a former director of the Missouri Emergency Response Commission and served 33 years of combined military service with the U.S. Army and the Missouri Army National Guard.

Kirchhoff says he is taking stock of the health of the organization for its long-term financial viability. He says he wants to find new ways to provide further benefits to veterans.

“There are other opportunities there to partner with other organizations, with the other executive branches, the legislature, that sort of thing as far as moving us forward and finding new benefits and better ways to serve our veterans,” says Kirchhoff.

The commission has 40 veterans service officers (VSOs) who steer veterans toward filing for a variety of VA benefits and Kirchoff says 40 officers is not enough.

“The cost-to-benefit ratio of what it costs to have a veterans service officer and the amount of money that they bring back into the state from those benefits, that’s definitely something that is an opportunity for us,” he says. “It’s a win win – a win for the state and more importantly it’s a win for those veterans,” he says.

Service officers are also available for any follow-up work necessary with the VA to obtain the maximum amount of earned benefits due any eligible veterans and/or dependents. VSOs are knowledgeable in all areas of veterans benefits, including service-connected compensation, non-service connected disability pension, education and training, vocational rehabilitation, burial, and survivor benefits. They can also assist claimants with health care eligibility, VA Home Loan Guaranty, and other veterans benefits, including those offered by the state.

Kirchhoff says staff vacancies at its veterans homes are lower than what they have been in about two years.

“That has to be analyzed and thought through analytically rather than a ‘We just don’t have enough people,’” says Kirchhoff. “I don’t believe that’s the case. I think we just have to make sure that we have them in the right locations and that we continue to recruit quality staff members.”

Kirchhoff has been passed the baton during the COVID-19 era. Since March, the veterans homes have had five people test positive for the virus. One resident, who lived within the St. Louis area home, died from the coronavirus. The rest of the cases are workers.

To fight COVID-19, the veterans homes stopped allowing indoor visitations in March. Kirchhoff says the restrictions now vary among the homes and some have eased rules to allow outdoor visitations.