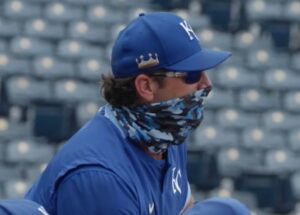 The Royals finalize their 30 man roster ahead of opening day in Cleveland.

Bubba Starling made the Royals’ opening day roster, the first time for the former first round pick from 2011.  Also making the 30-man roster were reliever Greg Holland in his second stint with the Royals and outfielder Franchy Cordero and pitcher Ronald Bolanos, who were acquired recently in a trade with the Padres.

Chance Adams and Randy Rosario will start the season on the injured list. That list also includes right-handers Jakob Junis and Brad Keller, infielder Ryan O’Hearn, outfielder
Hunter Dozier, catcher Cam Gallagher and infielder Kelvin Gutierrez. Junis, Keller and O’Hearn tested positive for COVID-19 but have been cleared to return, while Dozier and Gallagher are still out after positive tests.

The Royals will open the 60-game season tonight in Cleveland with Danny Duffy on the mound.