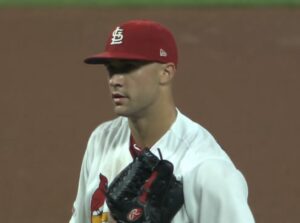 The St. Louis Cardinals put the finishing touches on their 30 man roster for Opening Day.

One noteable player that did not make the 30 man is highly touted prospect Dylan Carlson.

The Cardinals will start the season with four players on the injured list. John Brebbia and Jordan Hicks are out with right elbow issues while fellow right-hander Giovanny Gallegos was late to arrive to camp for unspecified reasons. Infielder Brad Miller went on the injured list late Wednesday with bursitis in his right ankle.

The Cardinals are set for their season opener tonight against the Pirates at Busch Stadium. Jack Flaherty gets the start against Pittsburgh’s Joe Musgrove. Catcher Yadier Molina will be starting his 16th consecutive opener for St. Louis.