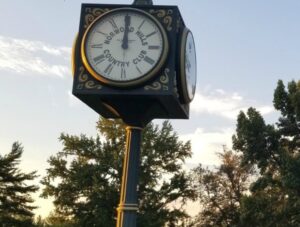 The players found much different, dryer conditions for the second round compared to the first.

Eckelkamp (Washington) sits in the lead with a two-day total of 133. Eckelkamp shot a 66 on day one and a 67 for round two. He totaled five birdies and one bogey and currently has a two-shot lead.  Chasing Eckelkamp is the co-leader from day one Brad Carpenter (Washington) with a two-day total of 135. Carpenter penciled in three birdies and one bogey for the day leaving him two strokes back.

The field was trimmed to the low 40 and ties at a score of 146 for a total of 40 players advancing into the third round.

For up to date scores, visit here.