All of them served notice this weekend on the passing generation that has dominated NASCAR and INDYCAR racing for a decade and more—Harvick, Johnson, the Busch brothers, Hamlin, Dixon, Power, Andretti, and others, many of whom have left the sport in recent years.

(NASCAR)—Rookie Cole Custer won a four-wide shootout starting the final lap of the race at Kentucky to pick up his first Cup win and become the first rookie to win a Cup race since Chris Buescher won a rain-shortened race at four years ago.

Custer was fifth when the green flag dropped after a caution period with two laps left. He swung to the outside (Car #41) as the leaders started the last lap and pulled into the lead on the first turn of the last lap and beat Martin Truex to the checkered flag by a quarter of a second. 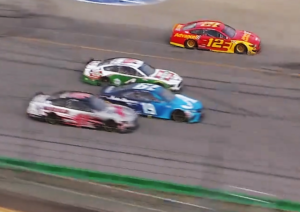 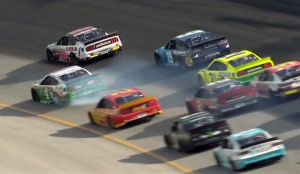 Matt DiBenedetto was third. Blaney was sixth, Bell was seventh and Reddick was tenth.

Sometime Missourian Clint Bowyer spent most of the race just outside the top ten and finished fourteenth to remain in contention for a playoff spot.

(INDYCAR)—INDYCAR’s doubleheader at Road America Wisconsin saw Scott Dixon win on Saturday with the sport’s young guns nipping at his heels and then saw those young guns dominate Sunday’s race. 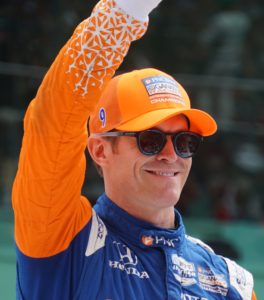 Dixon was disappointed in his qualifying run Saturday but ran down race leader Will Power late in the race to win his third in a row this year. Alex Palou was third ahead of Ryan Hunter-Reay. Colton Herta, Santino Ferrucci and Graham Rahal were next with Pato O’Ward ninth ahead of Takuma Sato and Marcus Ericsson. 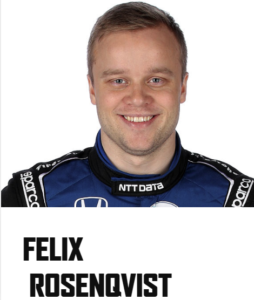 Sunday’s race belonged to the young guns entirely. Felix Rosenqvist ran down leader Pato O’Ward, who was trying to nurse his tires to the finish, to get his first INDYCAR win. O’Ward led Rosenqvist by eight seconds after the last round of pit stops but was on softer tires and finally gave way to the Swedish driver on the next-to-last lap.

Alexander Rossi got his first podium finish of the year, followed across the line by Ericcson, Herta, Ferrucci, and Palaou. Power was 11th, one spot ahead of Dixon.

(FORMULA1)—F1, on the other hand, remains firmly in the hands of the very-present generation.

Mercedes driver Lewis Hamilton, the six-time and defending F1 champion, roared from his pole position to victory in the Styrian Grand Prix, held on the same track where the Grand Prix of Austria was run last week to start the F1 season.

The win is the 85th of his Formula 1 career. He is just six wins short of tying the record set by Michael Schumacher, who also is the only driver with more championships (7) than Hamilton 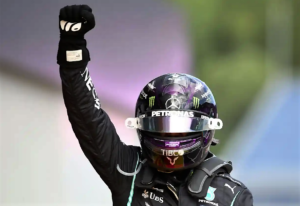 The race was a disaster for Ferrari. Both of its cars collided on the first lap. Max Verstappen of the Red Bull team had the other podium finish.

Hamilton, Formula 1’s only black driver, has called on the sport to become more inclusive and has led several other drivers in taking a knee during pre-race activities in the first two races of the year. All twenty drivers in today’s race wore t-shirts reading “End Racism.”