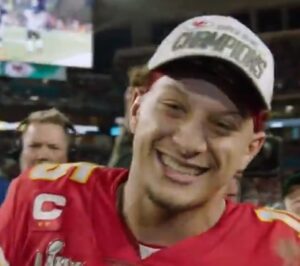 The Kansas City Chiefs and quarterback Patrick Mahomes have agreed to a 10-year contract extension.

The deal is reportedly worth $450 million and is the largest in NFL and sports history.

The 24 year old Mahomes lead the Chiefs to victory in this last seasons Super Bowl where he was named MVP. Coupled with his league MVP in 2018, he is the youngest player to ever achieve both accolades.

Combined with the last two years on his current contract, Mahomes will be under contract with KC through 2031.