You are here: Home / Health / Medicine / MoDOT response to pandemic is praised by Missouri lawmakers (AUDIO)

A Missouri lawmaker who chairs the bipartisan Joint Committee on Transportation Oversight is praising state transportation officials for their response to the COVID-19 pandemic.

State Rep. Becky Ruth, R-Festus, notes the pandemic has had an impact of between $45 million and $100 million on the state Department of Transportation (MoDOT). 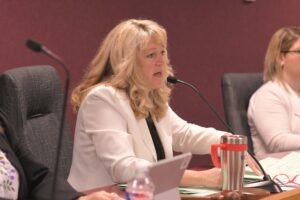 “I know the department has been working very hard on trying to make up that shortfall and figure out how we can get through that and still get our road projects done,” Ruth says.

MoDOT Director Patrick McKenna testified recently before the Joint Committee on Transportation Oversight. He testifies the impact is from several factors, including declines in license and registration fees and a decline in the motor vehicle sales tax.

During an interview with Missourinet, Director McKenna says the agency has delayed advertising on about $360 million in projects.

“We haven’t canceled those, that’s a delay,” McKenna says. “We’re just taking a cautious approach until we see the full impact of the declining revenue during mostly the April and May periods of time.”

Revenues from Missouri’s 17-cent-per-gallon gasoline tax have also been impacted by the pandemic, because of layoffs and many people working from home. Traffic volume was down by 49 percent in some parts of the state, due to COVID-19.

The pandemic has prompted seniors leaders at MoDOT to take pay cuts, and the agency has also reduced discretionary purchases for non-construction activities.

“We’ve also taken other measures to slow spending, to reduce hiring at the moment and for our entire team, participating in shared work on a reduced work week,” says McKenna.

Chairwoman Ruth announced at the hearing that the next meeting of the joint committee will take place during the September veto session in Jefferson City.

Click here to listen to Brian Hauswirth’s interview with Missouri Department of Transportation Director Patrick McKenna, which was recorded on June 25, 2020 in Jefferson City: