You are here: Home / Education / Hundreds of Missouri’s state workers are getting laid off

About 300 state workers are getting laid off and another 200 vacant positions will be eliminated. During a press conference Tuesday, State Budget Director Dan Haug shared the details.

“That’s out of a state workforce of over 50,000. We did certainly try to protect our state employees as much as possible,” says Haug. 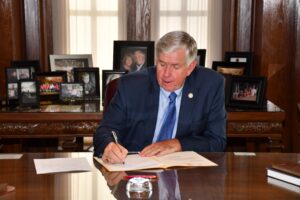 Gov. Mike Parson says the coronavirus continues to take a toll on the state’s financials.

“We will continue to face budget shortfalls in fiscal year 2021,” says Parson.

Parson also signed Missouri’s $35.3 billion state operating budget for the fiscal year beginning today. Haug says the governor is freezing some spending to deal with the revenue shortfall caused by the coronavirus. 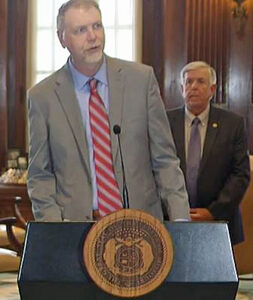 “We feel that the amount that we’ve restricted – $448 million – is sufficient to balance the FY21 budget based on our most current projections,” says Haug. “We will monitor revenues throughout the year and if we feel confident that revenues will finish the year above our current projections, we have the ability to release some of these restrictions.”

The largest state budget restriction is more than $123 million in state aid to K-12 public schools. Four-year colleges and universities are getting nearly $28 million withheld. Missouri community colleges are having $18.4 million restricted and $9.4 million in temporary assistance for needy families work programs are also getting a spending freeze.

The governor announced $11 million dollars in vetoes, including $5 million for maintenance of some low-volume highways and $1 million for the Harry Truman Presidential Library and Museum in Independence. Another $267,000 for the Missouri State Public Defender’s Office to hire six more legal assistants has also been vetoed.