(Kansas City, MO) — Pro Bowl defensive tackle Chris Jones wants a multi-year contract extension or he suggested he won’t play for the Chiefs in 2020. Jones would make just more than 16-million dollars this season on a franchise tag. The two sides face a July 15th deadline on getting an extension finalized. Jones has logged 31 sacks in three seasons and deflected three passes in the Super Bowl win over San Francisco. 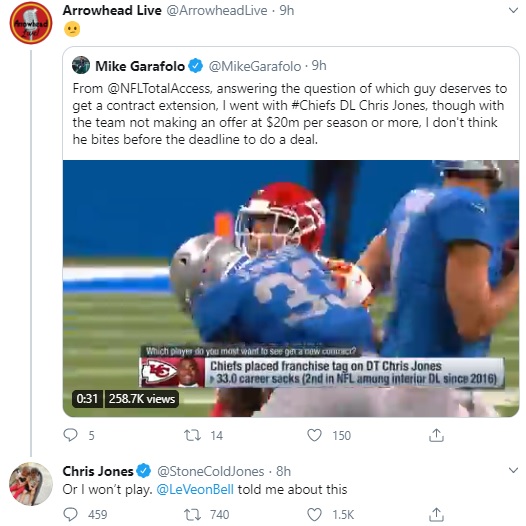 (Kansas City, MO) — NFL Network’s James Palmer reports the Chiefs will add new offensive wrinkles this season as opponents have a “book” on quarterback Patrick Mahomes. The Kansas City offense dipped from first in scoring offense in 2018 to fifth in 2019, scoring 114 fewer points. Palmer reports with all the coaches returning and most of the offensive players, the Chiefs are working on adapting to stay ahead of the curve of the defense.