Mizzou Head Football Coach Eli Drinkwitz and members of his team walk from campus to downtown Columbia along with other coaches, administrators and some police officers. 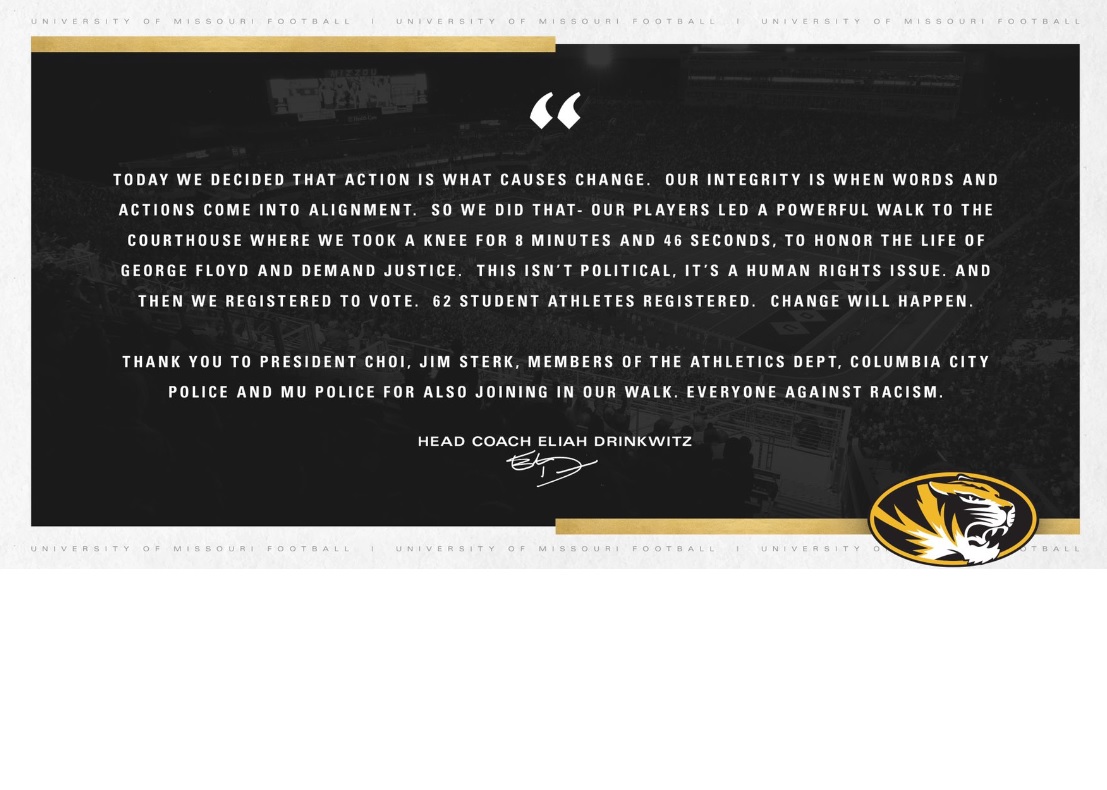 The group left from The Columns and made their way to the Boone County Courthouse in downtown Columbia. Football players marched along with the entire football staff plus basketball coaches Cuonzo Martin and Robin Pingeton, University of Missouri president Mun Choi and several members of the Mizzou athletics department and administration.