Missouri’s largest electric utility has announced an additional $3.5 million program to help customers pay off their utility bill balances, during the coronavirus outbreak. 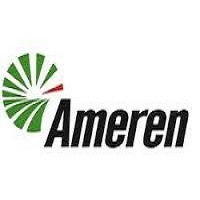 Ameren Missouri vice president of customer experience Tara Oglesby says they want to support all of their customers in need.

“Having this money that we have and being able to help customers get a relief from some of these balances that have grown since the pandemic broke out, we feel is just a real opportunity for customers to take action,” Oglesby says.

Missouri Governor Mike Parson announced this week that 300,000 jobs were lost between March and April, and that the state’s unemployment rate increased from 3.9 to 9.7 percent in April.

The COVID-19 “Clean Slate program” is aimed at assisting Ameren’s most vulnerable customers. It is designed to help them clear their account’s remaining balance, after they pay 25 percent of the current balance.

Ameren Missouri says the program will help about 9,000 households pay off their utility bills.

“We want this money to be able to help everyone as much as possible that is struggling right now, to meet their bills because of COVID-19 or other situations that they’ve ran into,” says Oglesby.

Funding for the program is now available, and customers in a four-person household earning up to $45,850 annually are eligible to apply. You can read more about the program here.

Ameren Missouri has also announced that it’s extending its suspension of service disconnections until at least July 1.

Ameren, which serves 64 of Missouri’s 114 counties, has also donated 1,000 energy-efficient air conditioners and 1,000 four-packs of LED light bulbs to Cooldownstlouis.org and Cooldownmissouri.org.