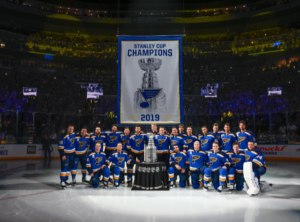 The playoffs will be held in two “hub cities,” to be determined at a later date.

* The 2019-20 regular season is declared concluded through games of March 11. The 189 games originally scheduled from March 12 – April 4 will not be played.

* 24 teams will resume play: the top 12 in each Conference on the basis of points percentage at the pause (through games of March 11).

* Since the League’s pause on March 12, the League has been in Phase 1 with teams having been instructed to self-isolate as much as possible.

* In early June, it is expected that teams will be permitted to return to home facilities for small group, voluntary, and on- and off-ice training.

Phase 3 – Not Earlier than First Half of July

* Not earlier than first half of July, formal training camps will begin after guidance from medical and civil authorities.

* 24 teams in 2 “hub” cities will compete in Seeding Round Robins, a Qualifying Round and Conference-based Stanley Cup Playoffs.

* The 2 “hub” cities will be selected from among the following:

* In each Conference, teams seeded by points percentage.

Round Robin: The top 4 teams play for First Round seeding (regular-season overtime rules in effect)

Qualifying Round: The remaining 8 teams play best-of-5 series to advance to the First Round (playoff overtime rules in effect)

First Round and Second Round: Format (seeding vs. bracket) and series lengths to be determined

* Timing and sites will be determined at a future date and will be dependent on COVID-19 conditions, testing ability and government regulations.