A federal grand jury in Cape Girardeau has indicted a southeast Missouri man for an alleged arson fire in April at the Islamic Center of Cape. 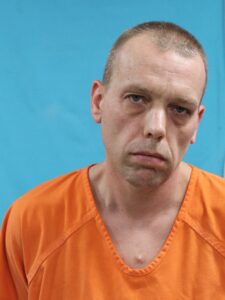 The April 24th blaze caused significant damage to the Cape Girardeau mosque and destroyed several apartments above the Islamic Center, which is located in the 200 block of Northwest End Boulevard.

A federal grand jury has indicted 42-year-old Nicholas J. Proffitt on three counts, involving a hate crime and arson charges. The two-page indictment charges Proffitt with damaging religious property because of the property’s religious character, using fire to commit a federal felony and damaging a building used in interstate commerce, through the use of fire.

Proffitt is scheduled to appear in federal court for a preliminary hearing on Thursday at 11:45 a.m.

The indictment replaces a federal criminal complaint that was filed on April 29. According to the criminal complaint, the Islamic Center of Cape Girardeau’s video security system observed Proffitt throwing multiple objects through a glass window, causing it to break. Proffitt allegedly threw two containers into the center, through the broken window, and then is accused of splashing liquid inside the center and igniting it.

The FBI and Cape Girardeau Police investigated the blaze, along with numerous other agencies. They include the Missouri State Highway Patrol, the Missouri State Fire Marshal’s office and the police department in southeast Missouri’s Perryville.

“The fact this fire damaged a place of worship during the Muslim holy month of Ramadan is especially harmful,” FBI St. Louis Division Special Agent in Charge Richard Quinn said in a written statement in April. “Protecting the civil rights of all Americans, regardless of color or creed, is one of the top priorities of the FBI.”