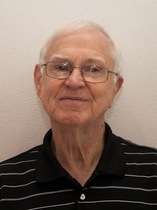 Gene Bess is retiring with 1,300 victories, the most of any college basketball coach. The 85-year-old has been the Three Rivers, Missouri Junior College coach for 50 years. He has 143 more wins than NCAA Division One leader Mike Krzyzewski of Duke. He has won two national junior college championships. Bess guided the Raiders to national titles in 1979 and 1992. His son Brian, a longtime assistant, will replace him who will be just the third coach in program history.

Bess grew up on a farm near Jackson, Missouri. He went to high school at Oran, graduated from Southeast Missouri State University and started coaching high school basketball in 1957. His 1969 Oran team finished 34-1, losing the state championship game after a late controversial call.

From 1978-84, the Raiders won at least 30 games and had an 83-game home winning streak that set a junior college record. In the early ’90s, they went on another five-year tear and averaged a 32-5 record, including their second national title. Each run included a future NBA player.

Marvin “Moon” McCrary was on the Raiders’ first national championship team and went on to play at Missouri before being drafted in the fifth round by the Phoenix Suns.

Read more on the legend of Gene Bess.

Previous Post: « Senior GOP lawmaker on redistricting plan: “This will go down in flames if it makes it to the ballot”
Next Post: Major League pitcher raises concern about returning to play in July »