You are here: Home / Sports / Oddsmakers love the Chiefs! 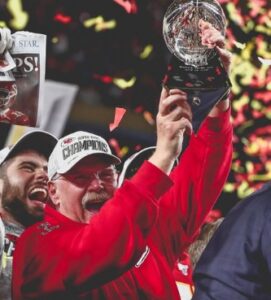 Oddsmakers of BetOnline love the Chiefs. They’ve picked the Chiefs as favorites in 14 of their 16 games this season, impressive for a franchise that has never won 14 games in a regular season, but the numbers favor a team led by Patrick Mahomes who returns all of his offensive weapons from the Super Bowl team. Kansas City has won 13 games in a regular season three times in ’95, ’97 and ’03. They’ve gone 12-4 the last two seasons.