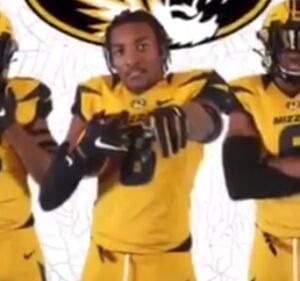 Ford is ranked as the number-two player in the state of Missouri and the eighth-ranked weak-side defensive end in the country. The 6-foot-2, 222-pounder also had offers from Alabama, LSU, Michigan and Ohio State.

Drinkwitz is trying to lead another resurgence on in-state recruiting just as Gary Pinkel had done. The Ford commitment gives Coach Drink’s effort a huge shot in the arm. Just this week, I hosted a podcast where I talked about football’s recruiting being a work in progress. Look, it’s great to nail down a bunch of three-star in-state guys but beating out the likes of schools lik Indiana and Louisville isn’t going to get the job done in the SEC.

When we hear Mizzou is beating out Alabama and LSU for homegrown talent, if Drinkwitz can keep piling those up, it will turn the Tigers into an SEC contender.