You are here: Home / Sports / Punter says goodbye to Chiefs Kingdom on IG 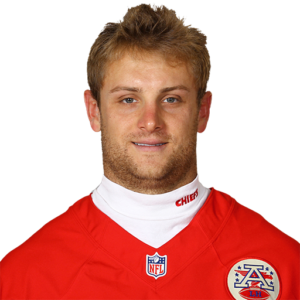 Dustin Colquitt’s time with the Kansas City Chiefs has come to an end. After 15 seasons, Colquitt announced on his Instagram account that he will not be returning in 2020. Colquitt ranks 25th all-time with a yards per punt average of 44.8. Colquitt has played 238 games with the Chiefs. Among active players, only Cardinals receiver Larry Fitzgerald (250) and Lions long snapper Don Muhlbach (244) have played in more games with their current teams.

The Chiefs will save $2 million in salary cap space. This offseason the team signed punter Tyler Newsome to a contract that pays him just $610,000.

According to NBC Sports, Newsome went undrafted out of Notre Dame last spring and signed with the Chargers, but was waived after camp and never signed on with another team. In four preseason games, Newsome punted seven times for a 42.1-yard average with a 34.4 net. Newsome averaged 44.0 yards per punt over four years at Notre Dame.

I have enjoyed my time in Chiefs Kingdom, all things come to an end, sometimes sooner than you hoped, prayed & pleaded for them to. I’ll miss walking into the building & smelling the coffee, talking to everyone…it took me forever to weave through some of the most loving people you’d ever hope to work with. I was a young kid when I first walked into Arrowhead…hell, the indoor facility used to be 70 yards. Holding this post for 15 years has been an honor that I never took for granted. Thank you KC