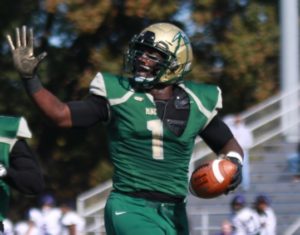 Wharton was not selected in the NFL Draft that concluded Saturday evening, but agreed to a deal with the defending Super Bowl champions a short time after the draft came to a close. He will be staying in-state where he played both his high school (University City, Mo.) and collegiate games.

During his time with the Miners, Wharton set a new Missouri S&T career record for quarterback sacks with 35.5 and tackles for a loss with 58. In 2019, Wharton recorded 59 tackles with 7.5 sacks and 11.5 tackles for a loss, despite facing double- and triple-team scenarios throughout the season.