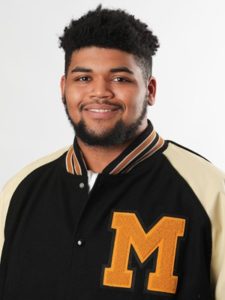 Yasir Durant, a veteran offensive lineman who anchored Mizzou’s left tackle spot for the last two and half seasons, starting 33 of his final 34 games, was signed to a free-agent contract by the Kansas City Chiefs on Sunday. Durant was part of a unit in 2019 that allowed just 6.08 tackles for loss per game and just 2.25 sacks per game.

He also played left tackle during the 2018 season, and was a key performer for a line that helped the offense end the 2018 season ranked 13th nationally (third in the SEC) in total offense (481.8 avg.)

Team captain Cale Garrett who lost most of his senior season with a torn pectoral muscle signed with the Tennessee Titans. Former Tiger kicker Tucker McCann was also signed by Tennessee. His big leg will get him a look in an NFL camp, but accuracy was an issue throughout his career where he made just 94% of his extra points from 20 yards out and was just a 72.6% kicker on field goals.

Previous Post: « How do single Missourians date in a COVID-19 world? Get creative
Next Post: Missouri S&T defensive star signs with Chiefs »