You are here: Home / Sports / Mizzou basketball gets JUCO transfer 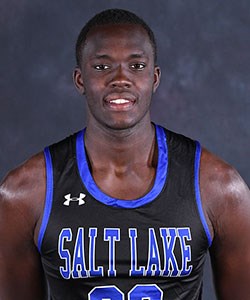 Former Nebraska High School star star Ed Chang has committed to Missouri. The 6-foot-8 forward was a two-time All-Nebraska selection and had originally committed to Washington before switching to San Diego State, where he played scant minutes as a freshman. He averaged eight points and 3.5 rebounds last season for Salt Lake Juco.

He also shot just over 40% from three-point range and was originally offered a scholarship from Mizzou before the 2018 season.

His height and ability to shoot from the outside could help fill a hole left with Tray Jackson transferring, but there is some question about his play on the defensive side of the ball. Chang will have two year of eligibility left at Missouri.