The Missouri Department of Corrections (MODOC) has received notification that an inmate at Southeast Correctional Center (SECC), a men’s state prison in Charleston has tested positive for the coronavirus. A press release from the department says the offender has been held in an isolation wing at maximum-security prison since April 15, when he began exhibiting COVID-19 symptoms, and continues to be treated there. His cell mate also remains isolated, separately. 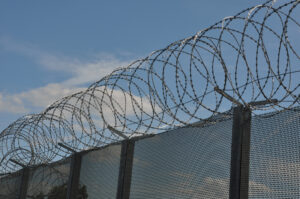 The housing wing in which the offender previously was held has been in quarantine since April 15. According to MODOC, every resident of that wing, as well as the rest of the housing unit, is being individually screened for fever and other coronavirus symptoms. The department says any prisoners showing symptoms will be placed in isolation pending COVID-19 test results.

Earlier this month, the state prison system announced that a former St. Joseph prisoner in northwest Missouri died from complications caused by the respiratory virus. The Western Reception, Diagnostic and Correctional Center inmate was diagnosed with COVID-19 after being transferred to a Kansas City area hospital March 19th. Though he later tested negative twice for coronavirus, he remained hospitalized for other medical conditions.

MODOC says a viral containment plan is in effect at SECC and all other state prisons. Each inmate interacts only with residents of his/her own housing unit at all times, including meals and recreation, avoiding contact with other offenders and staff. Large-group activities have been suspended.

According to the agency, protective face covers manufactured by Missouri Vocational Enterprises have been distributed to all staff and offenders at every MODOC facility. The press release says each SECC staff member and offender has been issued one or more of these face covers, which can be cleaned in accordance with Centers for Disease Control and Prevention guidelines.

To minimize exposure, the Missouri Department of Corrections says it has followed all safety protocols and has instituted operational changes:

• The department says it has implemented sanitation schedules at every facility, with ample access to cleaning supplies, and has designated a point person at each facility to enforce sanitizing guidelines and to ensure the availability of soap and sanitizer.

• The department says it has suspended visiting, volunteer and reentry partner programs, and regular offender transfers among facilities, except in extenuating circumstances.

• DOC says all staff are screened, with temperature checks, before entering a facility.

• The agency says Corizon Health provides around-the-clock on-site medical care at every prison, and medical staff have been trained in COVID-19 preparation and response.

• Isolation cells, wings and units have been designated inside prisons, MODOC says. Offenders with symptoms of COVID-19, the flu or other communicable diseases are isolated from other offenders.

• The department says COVID-19 testing is available at every prison.