An attorney for a convicted St. Louis murderer who’s served 25 years in prison tells the Missouri Supreme Court that evidence shows that the inmate did not kill Marcus Boyd in 1994. 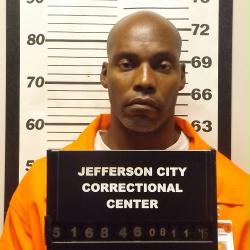 Attorney Lindsay Runnels represents Johnson, who is the appellant in this case. The Midwest Innocence Project in Kansas City is also involved in Johnson’s defense.

St. Louis Circuit Attorney Kim Gardner has filed a motion for a new trial, saying there is credible evidence that Johnson is innocent.

Gardner is an intervenor in the case. She was represented Tuesday by attorney Daniel Harawa, who says Johnson is innocent and that the circuit attorney has filed for a new trial, as a minister of justice.

“If a prosecutor abused the power of their office to wrongfully convict an innocent person, then a prosecutor must be able to use her office to seek to undo that conviction,” Harawa says.

In their 52-page brief, Attorney General Schmitt’s office writes, in part, “This court’s rule 29.11(b) provides that, in a criminal case, (a) motion for new trial … shall be filed within fifteen days after the return of the verdict.”

Johnson was sentenced to prison in 1995.

The chief counsel for criminal appeals for the attorney general’s office, Shaun Mackelprang, argued before the Supreme Court.

“A jury found him (Johnson) guilty, found him guilty of murder in the first degree and armed criminal action. To this day, there has not been a hearing with any evidence presented showing that he is, in fact, innocent,” says Mackelprang.

Mackelprang also says that in a criminal case, only the defendant can file a motion for a new trial.

The case involves allegations of St. Louis police and prosecutorial misconduct. Johnson’s lawyers allege that an eyewitness’ 1994 identification of Johnson “was manufactured and false,” and that the state paid the eyewitness to identify Johnson.

We also learned new details about Johnson’s request on Tuesday, including the revelation that Circuit Attorney Gardner isn’t ruling out requesting a pardon for Johnson from Governor Parson.

“Counselor, why hasn’t the circuit attorney joined with the defendant in requesting the governor to issue a pardon,” Fischer asks.

Harawa responded by saying they’re not ruling it out, but emphasizes they’re focusing on seeking a new trial for Johnson and that the state “engaged in misconduct.”

The Johnson case has received nationwide media attention, and there have been numerous amici briefs that have been submitted to the Missouri Supreme Court.

A group of 45 elected prosecutors from across the nation have filed an amici brief, which says Circuit Attorney Gardner must have a legal mechanism to seek a new trial for a defendant, “when newly discovered evidence shows the conviction was tainted by constitutional violations.”

But a group of 30 elected Missouri prosecutors disagrees, and has also filed an amici brief. They say the circuit attorney’s office has no authority to file a motion for a new trial in a criminal case, on the defendant’s behalf.

There is no timetable on when the Missouri Supreme Court will issue its decision.