You are here: Home / Sports / Mizzou and Kansas working on bringing the Border War back to football 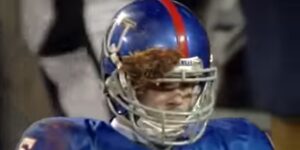 Mizzou and Kansas are working out details on a four-year contract to renew their Border War rivalry in football. While dates and sites have not released, a source tells me we could learn of the details as early as the end of this month.

I would think Arrowhead Stadium will play a part in hosting some, if not all of the games. The two teams have not met since 2011. The last five games between the Tigers and Jayhawks were played at Arrowhead with Mizzou winning four of those contests.

Two of those Tiger victories came down to dropping KU QB Todd Reesing in the endzone for safeties. Fans won’t forget 2007, when Lorenzo Williams sealed the 3rd ranked Tigers 36-28 win over the Jayhawks on a safety in the closing seconds of that game. Mizzou won the Big 12 North and was ranked number one for the first time since 1960.

Fans may have forgotten about the game two years later. The 2009 game again came down to a safety helping the Tigers. Down 39-36, with just under three minutes to play, the Mizzou front four got to Reesing who tried to escape on a quarterback draw. The Tigers got the ball back trailing 39-38, setting up Grant Ressel’s game winning field goal from 27-yards out.