The Missouri House will return to Jefferson City Wednesday afternoon, to debate and vote on the unprecedented proposed $5.8 billion supplemental budget, to battle the COVID-19 outbreak. 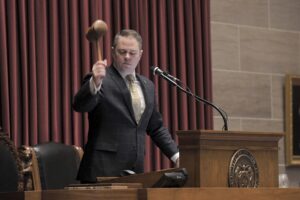 Missouri House Budget Director Dan Haug testified Tuesday before the Senate Appropriations Committee, while wearing a mask to protect himself. Many of the senators and staff members also wore masks.

Director Haug testifies that the overwhelming majority of the proposed $5.8 billion supplemental is federal money. According to Haug, the breakdown is as follows: $5.1 billion in federal funds, $247 million in state dollars and $379 million in other funding.

The Senate will convene again on Wednesday morning, and the Missouri House will gavel-in Wednesday at 1 p.m. Both chambers are expected to approve the supplemental budget on Wednesday, sending it to the governor’s desk.

House Speaker Elijah Haahr, R-Springfield, tells Missourinet that every House member has masks that have been placed in their Capitol mailbox in Jefferson City. The House has 163 members, and most of them will stay in their offices during Wednesday’s debate, until they have to vote. 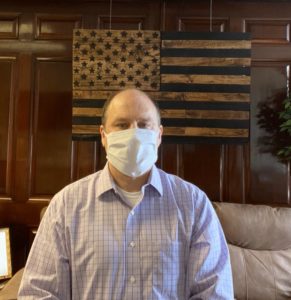 Senate Majority Leader Caleb Rowden, R-Columbia, has been urging the general public to stay at home and view the proceedings on the legislative websites.

There will be nurses stationed again at the Capitol entrance on Wednesday, and any visitor will have their temperature taken. Leader Rowden says visitors will also be questioned about their health, travel and known COVID-19 exposure.

State health officials have announced that Missouri now has 3,037 confirmed COVID-19 cases, along with 53 deaths. The state Department of Health and Senior Services (DHSS) announced the updated numbers this afternoon. The numbers have increased from Monday’s total of 2,722 cases and 39 deaths.